Garlic leads as Food Service lists five of the most popular tweets by foodservice critics in December 2020 based on data from GlobalData’s Influencer Platform. The top tweets were chosen from influencers as tracked by GlobalData’s Influencer Platform, which is based on a scientific process that works on pre-defined parameters. Influencers are selected after a deep analysis of the influencer’s relevance, network strength, engagement, and leading discussions on new and emerging trends.

Michael Greger, an American doctor and advocate of whole-food, shared a video highlighting the importance of garlic in battling cancer and common cold. Garlic can help in reducing blood pressure, regulating cholesterol, boosting immunity and aid in the removal of cells affected by various viruses and cancers from the body.

Garlic was administered to patients suffering from common cold in a double blind, placebo controlled trial. Results from the trial showed that those patients who were administered with garlic has 60% fewer colds and also resulted in 70% decrease in the number of days affected. 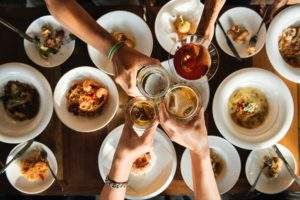 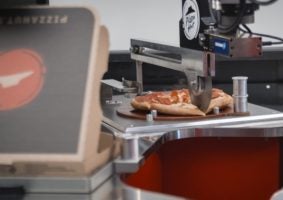 Analysis
Order up: the technology trends powering takeaways in 2019
Data Insights
View All

Benefits of garlic for fighting cancer and the common cold: https://t.co/XaOVlb0Okx pic.twitter.com/xqA8T9SNXw

Mimi Aye, a Burmese food writer, tweeted about the misconceptions regarding Ajinomoto, which contains monosodium glutamate (MSG) and how it has been a victim of negative publicity. Ajinomoto salt is added to umami, which gets its taste from glutamate and MSG is not harmful for health.

Aye claims that the brand name of Ajinomoto bore the brunt of racism and also emphasised that using the salt in limited quantities adds flavour to food items.

Pete Wells, a restaurant critic for The New York Times, shared an article about New York City (NYC) residents wanting to use the city’s streets permanently as places for dining and recreation. The Covid-19 pandemic triggered a public experiment by blocking cars from entering streets, even as commoners made the best use of the opportunity.

Ryan Sutton, chief food critic at NY Eater, shared an article on how indoor dining is one of the leading causes of Covid-19 spread in New York, according to the government. New York state Governor Andrew Cuomo planned to issue a ban on indoor dining but was met with backlash from the hospitality industry.

The governor’s team offered information to support their claim that indoor dining led to the spread of Covid-19. Indoor dining was identified as the fifth or sixth highest category responsible for the spread of coronavirus. Cuomo also added that the Centers for Disease Control and Prevention’s has issued guidance recommending the need to avoid non-essential indoor spaces such as restaurants and bars.

for those who STILL need a reason to avoid indoor dining, which the state will likely shut down in nyc early next week, kindly read this. new york could release more detailed data on friday (by @TanayWarerkar + @erikaaadams) https://t.co/Efte8log69

Ted Allen, a food author and TV host, shared an article about coronavirus pandemic disrupting the lives of restaurant industry’s middle class. Around ten million people were provided employment by the restaurants in US at the start of 2020, but more than half of them were retrenched following the Covid-19 outbreak in March.

Cooks, servers and managers working in the industry were left in the lurch due to pandemic. Subsequently, as dining restrictions were placed and government provided financial support, a number of restaurants managed to retain workers. Restaurants, however, were able to rehire only a small portion of their workers as the pandemic impacted business.

Now, here's a go-getter who should compete on #Chopped. Chef Jeff Danaher, if you're interested in applying, feel free to include this tweet. Good luck to you and Split-Rail restaurant. And love, always, to my Chicago.https://t.co/Yc80pmMEhs