However, the new law comes with a caveat that food can only be prepared with parts of the cannabis plant such as its leaves, stems and roots, which contain less than 0.2% by weight of the psychoactive component, tetetrahydrocannabinol (THC) and not its seeds and flowers, which are rich in THC. Moreover, the recreational use of marijuana continues to be banned.

Consumers having these dishes will not experience a psychoactive ‘high’ as with narcotic drugs such as dagga, ganga or pot. Consequently, most patrons order these dishes to savour the flavour of cannabis, some of the purported health benefits of THC, or the novelty of having a dish that was illegal until now. Moreover, restaurant operators are barred from advertising or serving cannabis-infused dishes to children under the age of 12 years, which severely handicaps marketing activities.

Comment
The risk of treating cybersecurity as a side dish 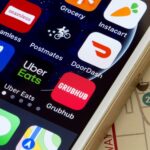 However, the scenario is expected to change, driven by rising health consciousness among Thai consumers since the onset of the pandemic. Moreover, the increasing awareness of the nutritional and medicinal benefits of cannabis and hemp and cannabidiol (CBD), which contain less than 0.3% THC, is playing a key role in driving the demand for these ingredients for food and beverages. This is reflected by GlobalData’s Q2 2021 consumer survey, wherein 30% of respondents perceived cannabis/marijuana to have a positive impact on health while 22% said the same for CBD.

The early birds in the segment are bound to face setbacks, as they bear the burden of educating consumers. Once cannabis-based dishes grow popular, more foodservice operators will include them in their menu as an option. Moreover, packaged food and beverage manufacturers are expected to launch more products, highlighting the medical benefits and taste of cannabis. This will build the critical mass needed to trigger a cannabis boom in Thailand akin to that witnessed in the US market over the past two years.