Late in March, the online food delivery company Deliveroo hopes to raise £1bn in its initial public offering (IPO). The IPO is expected to value Deliveroo at £7.6 to £8.8bn ($10.5 to $12.1bn). The deal will mark the largest IPO on the London Stock Exchange since mining company Glencore debuted at $60bn in a dual London-Hong Kong IPO in 2011.

Deliveroo plans to use a dual-class share system, one in which certain shares provide greater voting rights than other shareholders. By offering dual-class shares, Deliveroo will join a host of tech companies like Facebook, Shopify, Lyft, Zoom and, most recently, Bumble.

Dual-class shares have been a hot topic of discussion for many years. Research from the National Bureau of Economic Research found that while large ownership stakes in managers’ hands tend to improve corporate performance, heavy voting control by insiders weakens it.

Dual-class shares have been divisive

Dual-class shares are often used in founder-led companies where the founder is the CEO, president or on the board of directors. They allow founders to maintain more control than typically possible in single-class share systems. Supporters claim that the dual-class method lets the founder focus on the company’s long-term vision and insulates the company from the short-term mindset of Wall Street investors. Dual-class shares also insulate the company from acquisition, as it would typically require the founder’s agreement for non-founders to gain a controlling interest. 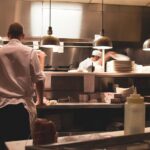 However, investors and corporate governance experts have been warning that dual-class share structures are undemocratic. Investors overwhelmingly favour the one share, one vote principle. They express concerns that dual-class systems create a discrepancy between control and economic ownership that reduces owners’ accountability. The Council of Institutional Investors (CII), which represents fund managers with $25tn assets, demands that any company’s dual-class share structure be limited to seven years and endorses the one share, one vote principle.

GlobalData’s ESG framework advises companies against the use of dual-class shares on the basis that they make founders less accountable to other investors in the business. In a recent journal article, professors at the University of Denver found that on average, dual-class firms underperform their single-class peers on environmental measures and that the discrepancy comes from dual-class firms where insiders have more voting control, relative to their equity stake.

In a 2018 open letter to MSCI, BlackRock – the world’s largest asset manager – expressed the view that effective voting rights are central to ownership rights. The company believes strongly in one vote, one share as a guiding principle of good corporate governance. BlackRock has warned companies that it will take voting action where it finds insufficient climate progress in companies’ business models and disclosures. In July 2020, BlackRock started making good on the threat. It voted against the management of 69 companies in a group of 440 it identifies as carbon-intensive.

BlackRock, alongside other institutional investors, governments, employees, NGOs and customers, are all pushing companies to slash greenhouse gas emissions and beef up their climate change commitments. The result is a positive feedback loop in which stakeholders harness market forces to drive this positive change towards more sustainable operations. Shareholder voting action is central to this feedback loop. Dual-class shares could potentially dilute the feedback loop – ultimately having negative consequences on the environment.

In the coming years, as the climate emergency progresses, we expect the feedback loop will intensify as investors take more voting action, customers will voice their concerns more loudly and governments impose stricter regulations. One result will be pressure to phase out dual-class share structures in favour of one share, one vote plans. Deliveroo will need to demonstrate a willingness to listen to investor demands, especially when it comes to climate change or face investors taking their capital elsewhere.