Marmite is set to launch the second edition of its peanut butter and Marmite mash-up!

This follows the success of the crunchy version launched earlier in 2019 – Marmites first innovative permanent product since the turn of the 19th century.

Part of great British debate, the Marmite brand has never been one to shy away from using this divisiveness as a powerful advertising tool and is applying this same tactic as a key talking point to the new smooth version of their bespoke peanut butter. As Marmite realised that some people like crunchy peanut butter and some like smooth, they have launched a Twitter poll asking what is better, crunchy or smooth? 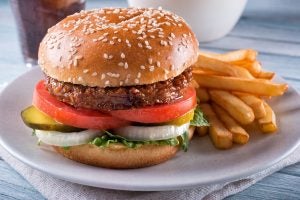 Comment
McDonalds and Nando's to launch vegan burgers in the UK 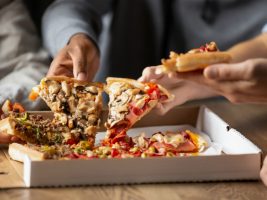 Generating Twitter polls is part of the new advertising revolution, sparking lots of interest and debate without spending a bucket load on traditional marketing channels!

In fact, launching another controversial peanut butter very similar to the last version is good adverting in itself and may be able to drive standard Marmite sales up.

There is potentially one spanner in the nutty-yeasty works and that is the fact that this product is far from the healthy natural nut butters that have become increasingly popular and prevalent on our shelves.

This, however, is probably just a small spanner, as the consumers eating Marmite peanut butter are most likely experimental and looking for indulgent treats.

The product is being launched in Morrisons in the UK, starting online and moving into stores in February. Whilst it may not be revolutionary and may be very similar to the crunchy version released last year, it will be a success thanks to the British publics love for debate.

Just call it the new Brexit!