For countries in the Gulf Cooperation Council (GCC) – already secure in terms of availability of food – the challenge is to reduce their reliance on food imports and grow produce under harsh conditions, a problem that agricultural technology is increasingly able to solve.

Agricultural technology – and particularly vertical farming – was already prevalent in countries of the GCC, but the Covid-19 pandemic has accelerated it even further, as Niall Mottram, head of industrial and energy at Cambridge Consultants, explains.

“[Vertical farming] is a potential tool that helps countries that are generally reliant on importing a lot of produce to be a little bit more self-sufficient,” he says.

“Most vertical farming technologies are centred around leafy greens or salads and herbs, but we are increasingly seeing companies involved in fruits and vegetables, as well as in the genetics and the seed side of things, starting to tweak their breeding processes so they can grow produce more effectively.” 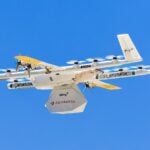 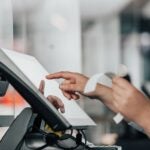 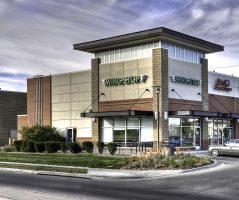 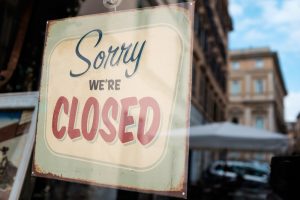 Investment
FDI in a pandemic: How low will the inflows go?
Data Insights
View All

In 2019, the Abu Dhabi Investment Office announced its $272m AgTech Incentive Programme, which was kick-started in April this year when $100m was invested in four agritech companies: AeroFarms, Madar Farms, RNZ and Responsive Drip Irrigation. The programme will include the largest vertical farm of its kind in the world, operated by US-based AeroFarms.

Co-founder and chief marketing officer at AeroFarms Marc Oshima highlights the advantage of vertical farming in countries with unfavourable conditions and low levels of arable land, as it allows for a more secure food system.

“Fundamentally, there has always been an asynchronicity between where your food is produced and where it is consumed,” Oshima explains. “The idea with vertical farms is that they can be placed in cities and be a part of the food system as opposed to a separate exercise. It is just changing the mindset when we think about food security, [as this offers] food sovereignty in a way that has not been possible in the past in terms of arable land, access to fresh water or [carrying out practices that risk] destroying conditions depending on the time of the year.”

The United Arab Emirates (UAE) was ranked 21st in The Economist’s 2019 Intelligence Unit Food Security Index, but the country is ramping up its efforts to meet its National Food Security Strategy 2051 target, which will see it leading the index within the next 30 years, and breaking into the top ten by 2021.

The headquarters of the International Center for Biosaline Agriculture (ICBA) in Dubai.

An oasis in the desert

Dr Ismahane Elouafi, director general of the International Center for Biosaline Agriculture (ICBA), an international not-for-profit applied agricultural research centre based in the UAE, points out that “although the country is short of arable land and freshwater resources, it has more than 40,000 farms”.

The ICBA has successfully introduced climate-smart and resource-efficient crops such as quinoa, pearl millet, sorghum and salicornia in several countries across Central Asia, the Middle East and North Africa in the past few years.

“These crops are nutritious, and resilient to heat drought and salinity, so are therefore fit for arid environments such as the UAE and more suitable for tomorrow’s climatic conditions, as we know that in a few years temperatures will increase and we will need more than ever the crops bred by the ICBA and its partners,” Elouafi adds. “Our scientists have also identified several halophytic or salt-loving plants that produce higher yields than some traditional grasses under very high salinity and help to save fresh water.”

As the world comes to terms with the ‘new normal’ imposed by the Covid-19 pandemic, agricultural technology is one option that could alleviate supply chain disruptions derived from workforce shortages, either due to social distancing measures or closures of borders that prevent seasonal workers from travelling.

Quinoa fields at the ICBA.

Mottram says that this situation necessitates the adaptation of automation to some level to make the shrinking labour force more efficient. He adds that this is without needing to go as far as robotics, but using tools that “augment” the human input.

“When it comes to robotics, it is less about building the Terminator, and more about building the Iron Man suit,” Mottram explains. “You are not substituting a human, you are augmenting the human and allowing that one person to do so much more. [By doing this] you make up for the shortage of labour, which will definitely have a short-term impact, but one that will probably continue into the medium term as well.”

In advance of the launch of our FDI-focused site, please complete the following survey aimed at investigating how investment plans are changing in the wake of Covid-19.

Your participation is confidential and the survey will take no longer than 5-10 minutes to complete. As a thank you we will share a copy of the survey write up with you.