The top three of the ten largest restaurant chains in the world are from the US. Verdict Foodservice lists the world’s biggest restaurants in 2020, based on 2019 revenues, and details the impact of the Covid-19 outbreak on their operations. 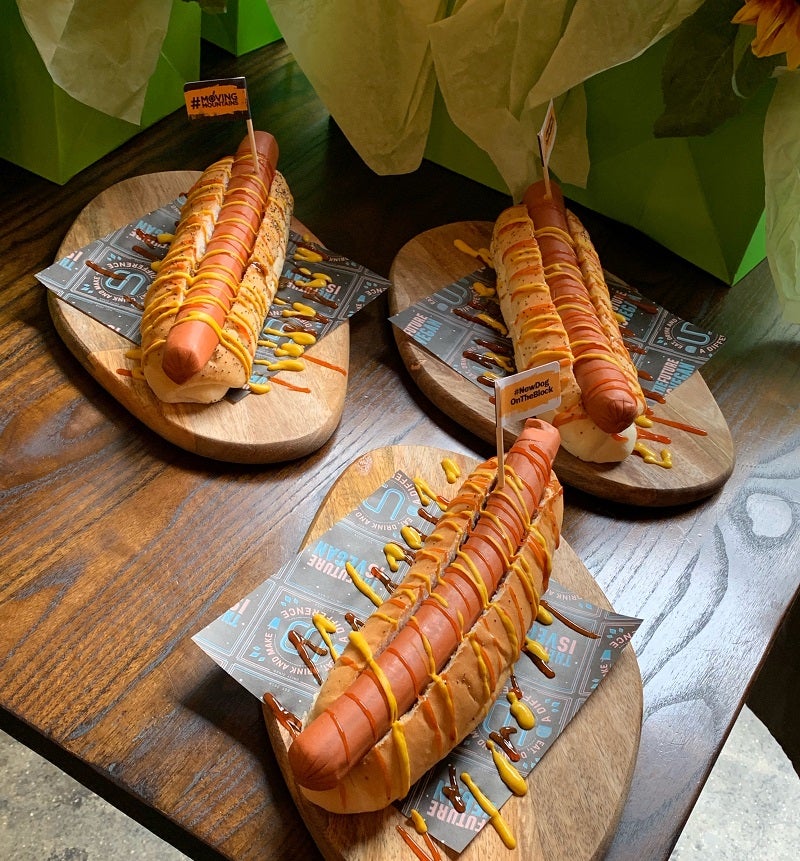 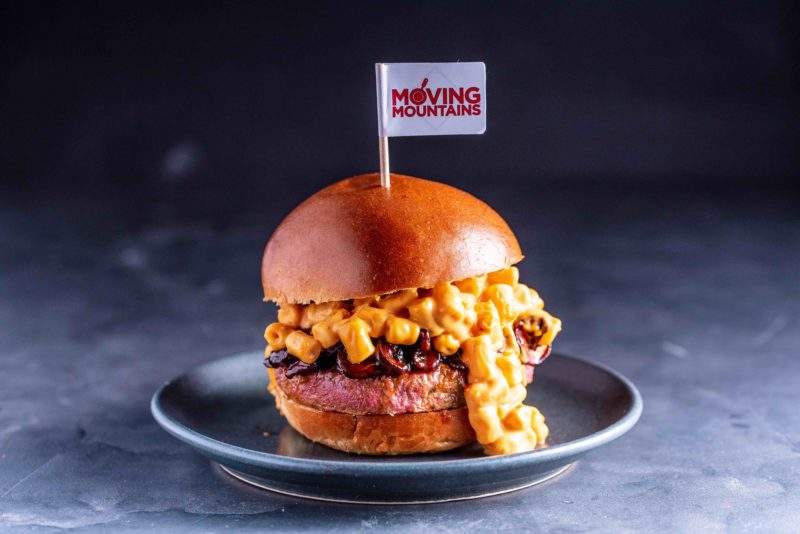 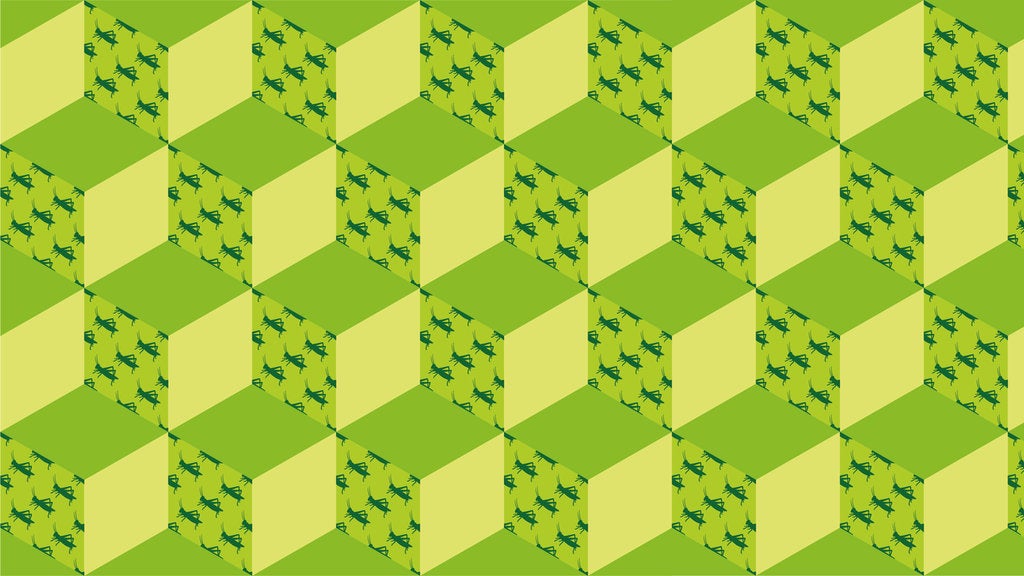 Starbucks opened 96% of its company-operated stores in the US by the end of the third quarter of 2020. Image courtesy of Starbucks Corporation.

The company’s net revenues fell by 8% to $6.2bn in the quarter ended September 2020 versus the same period in 2019, attributed to a fall in sales as the company closed many stores and implemented restrictions on dine-in in stores due to the Covid-19 pandemic.

To counter the Covid-19 impact, the coffee giant is pushing sales through its online mobile application. The company’s global comparable store sales are expected to grow by 18% to 23% during fiscal 2021. Starbucks plans to open 1,100 net new locations across the world in 2021.

The world’s largest coffee-house chain, Starbucks has a global network of 32,660 company-operated and licensed stores. Operating since 1971, it is a premier roaster and retailer of speciality coffee.

McDonald’s has approximately 39,000 locations worldwide, 93% of which are franchised. Image courtesy of McDonald’s.

The company earned $5.41bn in revenue during the third quarter of 2020, a 2% decrease compared to the same period in 2019 due to a dip in global comparable sales. It reported stronger operating performance in the US, driven by higher sales-driven restaurant margins. Sales in the International Operated Markets and International Developmental Licensed Markets segments were negatively impacted by the COVID-19 crisis.

Revenues for the nine-month period ending September 2020 declined by 13% to $13.89bn versus the same period in 2019. Positive comparable sales in the US grew by 4.6% in the third quarter of 2020, supporting the company’s global comparable sales recovery.

Headquartered in Chicago, US, McDonald’s has approximately 39,000 locations in more than 100 countries. Approximately 93% of its restaurants are franchised.

Owned by the DeLuca family, Subway is among the largest fast-food chains in the world. Image courtesy of Mike Mozart.

Subway, one of the world’s largest fast-food chains, reported $10.2bn in revenue in 2019, a 2% decline year-on-year. The company reportedly closed approximately 1,000 stores in 2019, continuing the trend of store closures over the recent years due to a decline in sales.

Subway is also facing growing competition from fast-food chains such as McDonald’s, Jimmy John’s, Panera, and Potbelly. The fast-food chain is offering curbside pick-up at participating restaurants to ensure customer safety amid the ongoing pandemic.

Owned by the DeLuca family, Subway is a global franchise with more than 40,000 restaurants in more than 100 countries. Its product range includes sandwiches (subs), salads, wraps, as well as sides and drinks.

The company reported $2.35bn in revenues in the third quarter of 2020, a 1% increase over the same period in 2019, supported by the acquisition of Huang Ji Huang and an increase of the company’s equity interest in Suzhou KFC to 72%. Same-store sales fell by 6% during the quarter despite the pandemic.

The recovery in sales was driven by the company’s digital measures and improved restaurant margin. Digital sales from the channels such as delivery, mobile orders and kiosk orders accounted for approximately 78% of the sales from the company’s KFC and Pizza Hut operations in Q3 2020 compared to 56% in Q3 2019. The share of delivery in the sales of the company-owned KFC and Pizza Hut restaurants increased to 28% during the period from 20% a year ago.

Yum China Holdings is a fast-food restaurant company that spun off from Yum! Brands in 2016. As a licensee of Yum! Brands, it owns exclusive rights to KFC, Pizza Hut, and Taco Bell in mainland China.

Darden Restaurants’ sales witnessed an 8.3% decline in 2019 over the previous year, due to negative same-restaurant sales of 11%, which was partially offset by revenues from 19 net new restaurants.

Revenues from the company’s Olive Garden business fell by 6.4% year-on-year while LongHorn Steakhouse and Fine Dining business segment revenues respectively declined 6% and 10% due to the Covid-19 impact.

The company reported a 28.4% drop in sales to $1.53bn in the quarter ending August 2020, due to a 29% decline in negative same-restaurant sales. Its sales in the quarter ending November 2020 are anticipated to be 18% lower than the same period in 2019. Capital spending target during the fiscal year is expected to be in the range of $250m-$300m.

The Tim Hortons business contributed to 59.68% of the total revenues, followed by Burger King and Popeyes Louisiana Kitchen at 31.71% and 8.6% respectively.

The company recorded an 8.29% decline in revenues to $1.33bn during the third quarter of 2020, while revenues in the nine-month period fell 12.46% over the same period in 2019. The drop in revenues during the quarter was largely driven by reduced system-wide sales at Tim Hortons and Burger King and a decline in supply chain sales. It was partially offset by improved system-wide sales by the Popeyes business segment. The company will install digital drive-thru menu boards at more than 10,000 Tim Hortons and Burger King restaurants in the US and Canada by mid-2022 to support long-term growth.

Headquartered in Toronto, Canada, Restaurant Brands International has its presence worldwide through different brands, including Tim Hortons, Burger King, and Popeyes. It has more than 27,000 restaurants in more than 100 countries, 100% of which are franchised restaurants.

Franchise and property revenues grew by 7.17% year-on-year to $2.66bn, primarily due to growth in international net new units, a 4% increase in franchise same-store sales, and re-franchising. The company witnessed an 8.14% increase in revenues to $1.44bn in Q3 2020 over the same period in 2019, driven by an increase in digital sales due to Covid-19 restrictions on business operations.

Global system sales registered a 1% growth, with Taco Bell sales up by 5%, offset by a 1% and 4% decline in system sales at KFC and Pizza Hut, respectively. The company’s same-store sales fell 2%, offsetting a 2% net unit growth during the quarter.

Headquartered in the US, Yum! Brands operates the KFC, Pizza Hut and Taco Bell brands in the US and other parts of the world, except China. It has more than 50,000 restaurants in more than 150 countries, with 98% of the locations run by independent franchisees or licensees. The network includes 24,104 KFC units, 18,703 Pizza Hut units, and 7,363 Taco Bell locations, as of December 2019.

The firm recorded a 14.1% jump in revenues to $1.6bn in the third quarter of 2020, mainly due to a 202.5% growth in digital sales, which accounted for 48.8% of sales for the quarter. Comparable restaurant sales increased by 8.3% during the quarter compared to the corresponding period in 2019. To further boost digital sales and counter the impact of Covid-19, the company opened 26 new restaurants with Chipotlane drive-thru digital order pick-up lanes in Q3 2020.

American fast-casual restaurants chain Chipotle Mexican Grill operates in the US, Canada, the UK, Germany, and France, offering tacos and burritos. It has 2,710 restaurants and employs more than 94,000 people.

Autogrill’s 2019 revenues increased by 6.4% year-on-year to €4.99bn ($5.44bn), driven by the company’s airports business channel, as well as new openings and targeted acquisitions over the last two years.

Revenues were boosted by incremental revenues from airport convenience retail operators Pacific Gateway Concessions and Avila Retail Development & Management, both were acquired by the company in May 2019.

The company’s revenues in the first half of 2020 declined by approximately 52% to €1.09bn ($1.3bn) over the first half of 2019, attributed to a reduction in motorway, railway and airport traffic in several countries due to the Covid-19 crisis. Airport channel’s revenues witnessed a 52.54% decline while revenues from the Motorways channel dropped by 49.09% in H1 2020 compared with H1 2019.

Italy-based Autogrill manages approximately 4,000 establishments and provides food and beverage services for travellers in 31 countries. It operates through concessions and sub-concessions at locations such as airports, railway stations, along motorways, high streets, shopping centres, and trade fairs.

The company’s net sales in the quarter ending June 2020 declined 16.3% over the same period in 2019, with the restaurant business net sales falling 21.2% due to the Covid-19 outbreak.