A ghost kitchen, also called a Cloud kitchen, is a cooking facility set up for the preparation of delivery-only meals but has no dining area for walk-in customers.

Under the agreement, Ghost Kitchens will provide capital, infrastructure, back end support, marketing and administration services to both QSR Brands India and Eathos Group to accelerate growth.

The companies, however, did not reveal the financial terms of the deal. 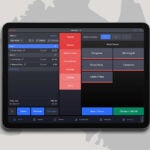 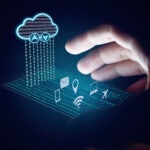 Following the acquisition, QSR’s valuation is said to be $5.5m while that of Eathos group stands at $2.2m.

Ghost Kitchens CEO and co-founder Karan Tanna was quoted by Economic Times as saying: “The unit economics of cloud kitchen businesses can only be sustainable if the overhead expenses are drastically cut down.

“We are creating an infrastructure that can support multiple companies to scale quickly without reinventing the wheel.”

Founded in June last year by Jayendra Vandravandas Tanna and Karan Tanna, Ghost Kitchens is planning to invest in around 20 Cloud kitchen brands across 12 cities and operate about 300 such restaurants by the end of this year.

Tanna added: “We are very keen to penetrate tier two and three cities of India. Our model of growth will be partnering with young entrepreneurs who have incubated potential scalable brands.”

Based in Mumbai, QSR Brands owns five brands, including New York Waffles and Dinges, Starboy Pizzas and Shakes, and Hakka Makka. It has over 130 active Cloud kitchens in four cities.