The founders of Kitchen United, Harry Tsao and John Miller, as well as company CEO Michael Montagano, and NFL Super Bowl player Peyton Manning also invested in the company during the funding round. 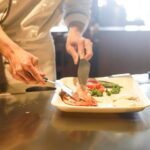 Currently, Kitchen United operates nearly 200 kitchens across 20 regions and has plans to increase its technological and physical footprint in the near term.

It intends to focus on the key markets of Los Angeles, New York City, Chicago and Texas, as well as other regions in the US.

With this funding round, the company has currently raised a total of $175m.

“Kitchen United uniquely sits at the intersection of technology, food and real estate. Our solution serves as the technological and physical infrastructure revolutionising centrally located distribution hubs through streamlining off-premises ordering and consumption.

“To that end, we are thrilled to partner with leading investors across grocery, convenience, restaurants, malls, packaging, logistics, distribution, automation, and urban and suburban real estate development.”