Private equity firm KKR has appointed investment bank Jefferies to help it explore a potential divestiture of Australian Venue Co (AVC), the owner of pubs and other entertainment venues in Australia, the Australian Financial Review (AFR) has reported.

AVC operates nearly 211 bars, pubs and other venues in the country.

In addition to Australia, AVC also has a presence in New Zealand, according to Bloomberg. 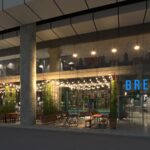 Since KKR bought the stake, its revenues are said to have increased five-fold, with earnings up seven-fold, AFR said, citing sources.

The pub chain management is working on long-term forecasts that could help attract buyers, including a $1bn plus annual revenue target for 2025, the report stated.

In 2021, AVC withdrew its initial public offering (IPO) plans, as it anticipated that the Covid-19 pandemic would damage the pub business in the country due to lockdowns during the period.

If successful, the IPO would have raised as much as A$352m for the company.

The company is yet to file its accounts for FY22.

Jefferies search list will have other private equity funds that could support the growth of the pub and chain operator.