This income included $0.3m in acquisition-related expenses associated with the purchase of the three restaurants from the company’s Philadelphia and Long Island franchisee. 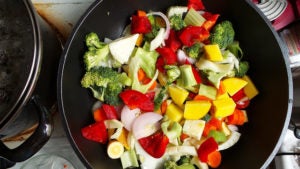 News
Health food trends 2019: how are restaurants cutting calories on their menus?

Two of them are located in the Philadelphia, Pennsylvania area and another one on Long Island, New York, on which the company has development rights.

Ruth’s Hospitality Group president and CEO Cheryl Henry said: “During the quarter, we continued to strengthen our development pipeline with new leases for company-owned restaurants in Long Beach, California and another in Suffolk County on Long Island, New York.

“In addition to these investments, we announced a new $60m share repurchase authorisation, which reflects our commitment to delivering on our total return strategy for our shareholders.”

The company’s restaurant sales in the third quarter rose by 4% to $97.2m. Last year, the sales stood at $93.5m during the quarter.

Comparable restaurant sales at restaurants owned by Ruth’s Hospitality also increased by 0.6% during the third quarter of 2019.

At the end of the third quarter, 81 company-owned Ruth’s Hospitality Chris Steak House restaurants were open.

A new restaurant is planned to be opened in Oklahoma City, Oklahoma, in 2021.