From farm to fork initiatives to food waste reduction, Verdict Foodservice looks at how retailers in the UK are cracking down on food waste to reach the United Nation’s Sustainable Development Goal 12.3 to halve food waste by 2030.

Consumers have radically re-thought their priorities in recent years and changed their habits for the good of the planet, starting to hold companies accountable for their ESG activities. These changes are set to be significant hallmarks of the Consumer Landscape in the 2020s. In order to appease consumers’ new concerns, meeting these new sustainability imperatives will be crucial for the recovery of the Foodservice industry. Consumers are expected to use ESG criteria much more actively in their selection of Foodservice brands to engage with. Download GlobalData’s free report to: Stay ahead of consumer concerns and rise to meet them. Download the report now.
By GlobalData 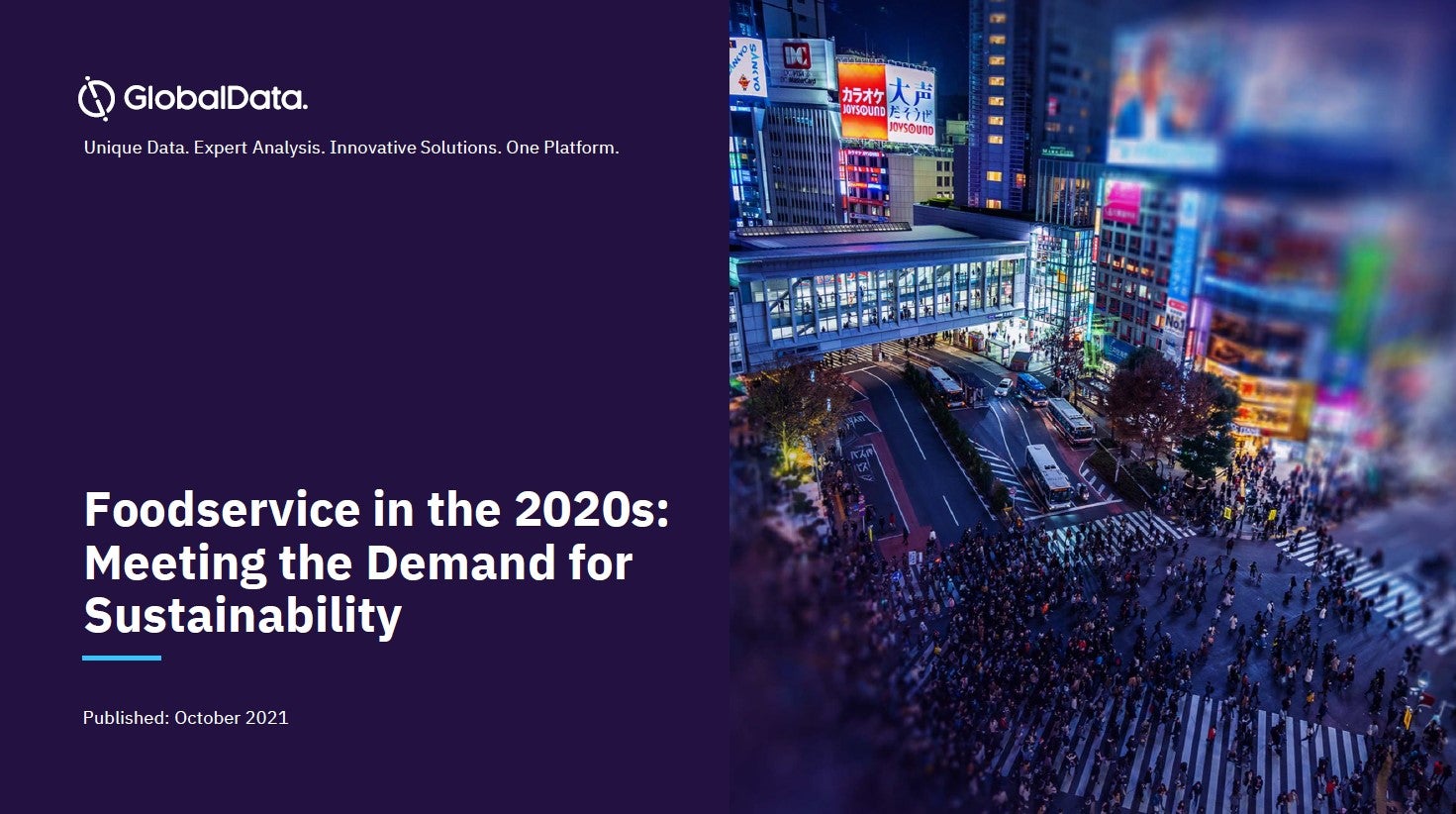 Thank you. Please check your email to download the Report.

Every year more than ten million tonnes of food is wasted in the UK and to tackle this, businesses are pledging to reduce the amount of food waste they produce. The Waste and Resources Action Programmes (WRAP) UK Food Waste Reduction Roadmap encourages businesses to tackle food waste throughout their supply chains and increase transparency to deliver the UN’s goal.

In 2013 Tesco became the first major UK retailer to publish its total food waste figures to can let consumers know where food waste occurs in line with the pledge to halve food waste by 2030.

Tracking 25 bestselling products from farm to fork, its figures found that 35% of waste occurs in the home, and in the first half of 2013 28,500 tonnes of food was wasted in stores and distribution centres.

The supermarket giant now works with suppliers and experts around the globe including WRAP to put together food waste footprints from the farmer’s field to the customer’s bin.

Tesco Group Food commercial director Matt Simister said: “We’ve all got a responsibility to tackle food waste and there is no quick-fix single solution. Little changes can make a big difference, like storing fruit and veg in the right way. Families are wasting an estimated £700 a year and we want to help them keep that money in their pockets, rather than throwing it in the bin.

“We’re playing our part too and making changes to our processes and in store. Ending multi-buy promotions on large packs of bagged salads is one way we can help, but this is just the start and we’ll be reviewing what else we can do. We’re working with our suppliers to try to cut waste at all stages of the journey from farm to fork.”

The retailer invested £1m in the area to test innovations in a bid to cut household waste by 50%; this target is in line with UN Goals to halve food waste by 2030.

Findings from the trial in Swadlincote were used to create initiatives retail outlets across the UK.

Sainsbury’s head of sustainability Paul Crewe said: “Food waste is one of the biggest issues facing us all today and with households unaware of just how much food they are binning there is a huge food waste knowledge gap. Customers have told us that food waste is their number one concern which is why starting today we’re investing £10m to tackle it. Our target to help Swadlincote halve its food waste is very ambitious but with the support of the community and a bank of great ideas to test we believe we can help people change their habits. If we’re successful households will save £350 per year.”

In May this year, Nestle joined Tesco in becoming one of the first manufacturers in the UK to release figures about its food waste, in line with the UK Food Waste Reduction Roadmap.

Since 2016 the company has reduced its food waste levels by 8.2% using the WRAP and IGD ‘Target, Measure and Act’ practice as well as UK measurements and reporting guidelines.

In 2015 Nestle achieved zero waste for disposal including food waste in the UK and Ireland.

Nestle UK & Ireland CEO Stefano Agostini said: “I am very proud that Nestle is one of the first to commit to the Food Waste Reduction Roadmap. Only by working together can we address the issue of food waste at the pace and scale required.

“There is always more that can be done and I would actively encourage all businesses to sign up and take action to reduce food waste.”

Supermarket discounter LIDL rolled out its ‘too good to waste’ fruit and vegetable boxes in stores across the UK in March this year after a successful trial in August last year. The boxes are filled with fruit and vegetables from the store that have become slightly damaged, discoloured or deteriorated but can still be eaten by customers.

The initiative has already stopped 250 tonnes of food waste and is predicted to save thousands of tonnes of fruit and vegetables going to waste each year towards the UN’s goal of food waste by 2030.

Lidl GB CEO Christian Hartnagel said: “The positive feedback that we have received off the back of our trial has been incredible; from our colleagues who are showing so much passion for them, to our customers who were getting in touch from the get-go asking where they could get one. We’re therefore really excited to be rolling the boxes out to all of our stores nationwide, and we’re really pleased to see that it’s also starting to be adopted by other supermarkets.

“The really brilliant thing about this initiative is that not only is it helping to tackle the highly important challenge of food waste, it’s also helping our customers make even more savings. Additionally, it’s a great example of how we, as a discounter, can utilise our lean and efficient business model to fulfil our mission to make. Good healthy food more affordable and accessible, whilst acting sustainably.”

In 2017 social network charity Neighbourly partnered with Marks & Spencer to extend its food redistribution scheme to include chilled food such as meat, dairy items, poultry and ready meals as part of its ‘Plan A’ sustainability goal to reduce food waste by 20% by 2020.

The company’s approach to food waste has ensured that 70% of its suppliers are now zero waste to landfill in line with the UN’s goal to halve food waste by 2030.

M&S head of responsible sourcing, packaging and plan a Louise Nicholls said: “Addressing food waste is a key area of focus for M&S and we have been working hard to reduce food waste whilst ensuring that, where there is food surplus, we put it to the best possible use. Over the last year, our partnership with Neighbourly has allowed us to connect our stores to local food projects and help support our local communities. By extending our food surplus scheme to include chilled food we’ll be able to go even further in helping charities support those in need and nutritious food.”

Consumers have radically re-thought their priorities in recent years and changed their habits for the good of the planet, starting to hold companies accountable for their ESG activities. These changes are set to be significant hallmarks of the Consumer Landscape in the 2020s. In order to appease consumers’ new concerns, meeting these new sustainability imperatives will be crucial for the recovery of the Foodservice industry. Consumers are expected to use ESG criteria much more actively in their selection of Foodservice brands to engage with. Download GlobalData’s free report to: Stay ahead of consumer concerns and rise to meet them. Download the report now.
By GlobalData