Just Eat Takeaway is reportedly planning to trim its workforce in France as part of a business overhaul.

In an e-mailed statement to Reuters, a spokesperson for the company said that its operations in France will undergo a strategic restructuring to improve profitability amid ‘challenging market dynamics’.

The move will impact 390 jobs, including around 350 couriers and 40 office staff.

“The strategic restructuring will consist of redundancies of staff in the Paris office and changes in the operations of our delivery business,” the news agency quoted Just Eat Takeaway as saying. 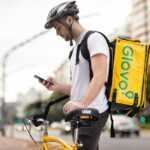 Just Eat Takeaway is one of the largest meal delivery companies in Europe. However, it has a lesser market share than Uber Eats and Deliveroo in France.

Headquartered in Amsterdam, the Netherlands, Just Eat Takeaway was formed in January 2020 following a merger between Take​away​.com and Just Eat.

According to its website, it has operations in 22 countries, including the US, the UK, Germany, the Netherlands, Canada, Australia, France, Ireland, Austria, Belgium and Israel.

Earlier this month, the company signed a commercial agreement with Amazon.com Services in the US. The deal will see Amazon Prime members receive free Grubhub+ membership for one year.

In the first quarter of the year, Just Eat Takeaway processed 264 million orders. The company’s Gross Transaction Value (GTV) totalled €7.2bn ($7.3bn) in the three-month period, representing a jump of 4% when compared with the same quarter in 2021.