British hospitality company Whitbread has reported a 2.6% increase in revenues, reaching £1bn for the first six months (H1) of this year.

The company’s underlying profit before tax was £270m, indicating a 2.5% increase compared with £263m for the same period last year. The growth was supported by tight cost controls and the benefits of the firm’s ongoing efficiency programme.

The company also reported an income of £455m from operations, compared with £441m the previous year. 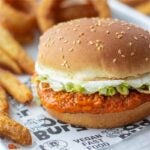 News
FAT Brands signs development deal for three restaurants in Atlanta, US
Data Insights
View All
“We intend to return a significant majority of the net cash proceeds to shareholders.”

The company also reported a statutory profit of £47m for its Costa Coffee brand, which saw a 3.5% increase compared with the previous year. The brand is now discontinued following shareholders’ approval for its sale to The Coca-Cola Company for £3.9bn.

Whitbread’s CEO Alison Brittain said: “The highlight of H1 was the announcement of our agreement for the sale of Costa to The Coca-Cola Company for £3.9bn, which received the overwhelming approval of our shareholders in October.

“We intend to return a significant majority of the net cash proceeds to shareholders, although the exact amount, timing and method will be determined following discussions with stakeholders, including our shareholders, pension fund and debt providers.

“The sale of Costa now requires Coca-Cola to obtain regulatory approval in the EU and China. Much work still remains to be done to ensure a smooth and successful separation from Whitbread at completion and during the following transitional service period, which we are confident in our ability to execute efficiently.”