Understand the impact of the Ukraine conflict from a cross-sector perspective with the Global Data Executive Briefing: Ukraine Conflict

Italian restaurant company Eataly has decided to dissolve its operations in Russia in response to the military invasion of Ukraine.

The Italian company will cease its franchise agreement in the country. 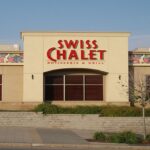 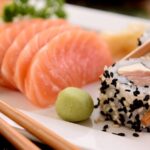 “During a moment of escalating humanitarian crisis, our hearts are with the victims of this devastating conflict. We as a company and as human beings unequivocally condemn the war in Ukraine, and join the world in hoping for a peaceful resolution.”

Eataly said that it is constantly monitoring the situation in Ukraine, and will be working across all its locations in North America, Europe, the Middle East and Africa (EMEA), as well as with its supplier’s network, to offer critical supplies, donations of food and other fundraising initiatives.

Established by Oscar Farinetti in 2007, Eataly currently operates 39 restaurants across the world.

With this move, Eataly will join other restaurant companies, including Papa John’s International, Burger King, McDonald’s and Yum! Brands, in withdrawing from the Russian market.